The old part of Ohrid or ancient Lychnidos on Lake Ohrid in Macedonia was an island in the period from the late Bronze Age to the arrival of the Romans. This is shown by the geological and archaeological research carried out as part of the five-year project "Border studies, identity research and cultural contacts in the border area of ancient Macedonia".

The head of the project, Pero Ardžanliev from the Archaeological Museum of Macedonia, explains in an interview with MIA that during the geological investigations in the plain, i.e. the part where modern-day Ohrid is located, lake sediments were discovered, this is the proof of that this part was once flooded. 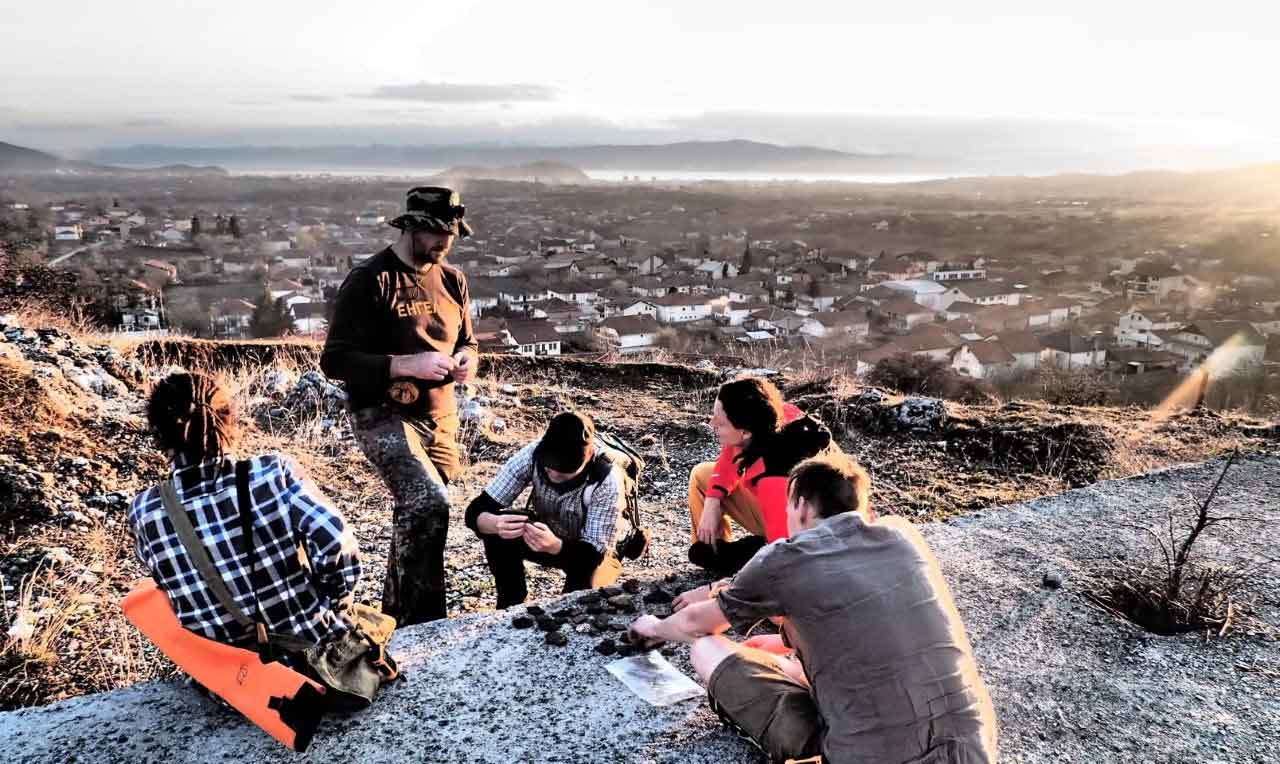 And it's no coincidence. When we later thought about where most of the archaeological remains from the Late Bronze Age to the arrival of the Romans were concentrated, we came to the conclusion that it was the area of the Old Town of Ohrid. The settlements and necropolises from ancient times are located precisely in this area, since the lowland was flooded, i.e. was part of the lake. From this we concluded that we should look for the settlements on the first row of hills in the background of the plain, where we also excavated the sites, Ardžanliev says.

The Ohrid-Struga region had a stormy climatic past

As part of the archaeological research, Ardžanliev adds, this year the focus was on three sites near Ohrid: “Petkina Niva” and “Gorica” near the village of Leskoec and “Gradište” near by Dolno Lakočerej. A Roman country villa was discovered at the Petkina Niva locality, a settlement with a chronology from the Late Bronze Age to the time after Alexander the Great at Gradište, and a chronology from the Neolithic to the Iron Age at Gorica.

Most of the artefacts discovered at all sites are pottery finds, which the expert says are perfect for dating. 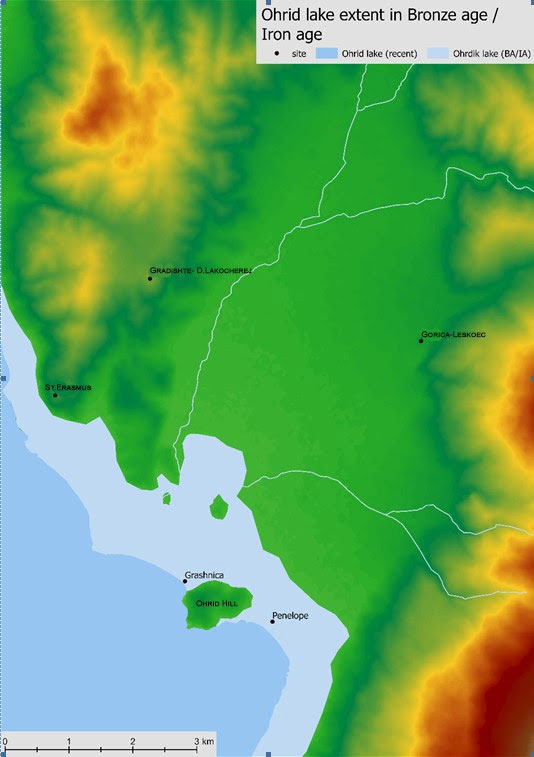 - The project is multidisciplinary, we had a team of archaeobotanists who, with special equipment, wash the earth and collect all the archaeobotanical remains of the earth, seeds and various other remains, with the help of which the reconstruction of the landscape is carried out, what people ate, what they had cultivated, etc. Using carbonized organic remains, we carry out radiocarbon analyzes in reference laboratories, where we obtain accurate data for each of the strata where we also discover archaeological artefacts. Thus, instead of a relative chronology, we get an absolute chronology, in which the archaeological artifacts are given in absolute dates, explains Ardžanliev.

The aim is to reconstruct the settlement organization in the past.

- As part of the project, we are conducting multidisciplinary and geological surveys, thanks to which we have realized that this end of the lake region had a stormy, dynamic climatic past. By reconstructing this tumultuous past, we can also reconstruct the organization of the settlements and how people organized themselves to live around the lake and in the region in the past.

The beginnings of metallurgy next challenge

The basic resources for food were produced by themselves, that is, people in this period were engaged in agriculture and animal husbandry, but the future challenge for archaeologists is to study when metallurgy began.

- In the future, we plan to focus on researching when metallurgy began. We plan to do this in a multidisciplinary way using advanced research. With the help of pollen analysis, we will find out when the pollution started in the past, and based on this pollution, the specialists will determine that metallurgy, ore smelting, etc., started at that time, informs Ardžanliev. 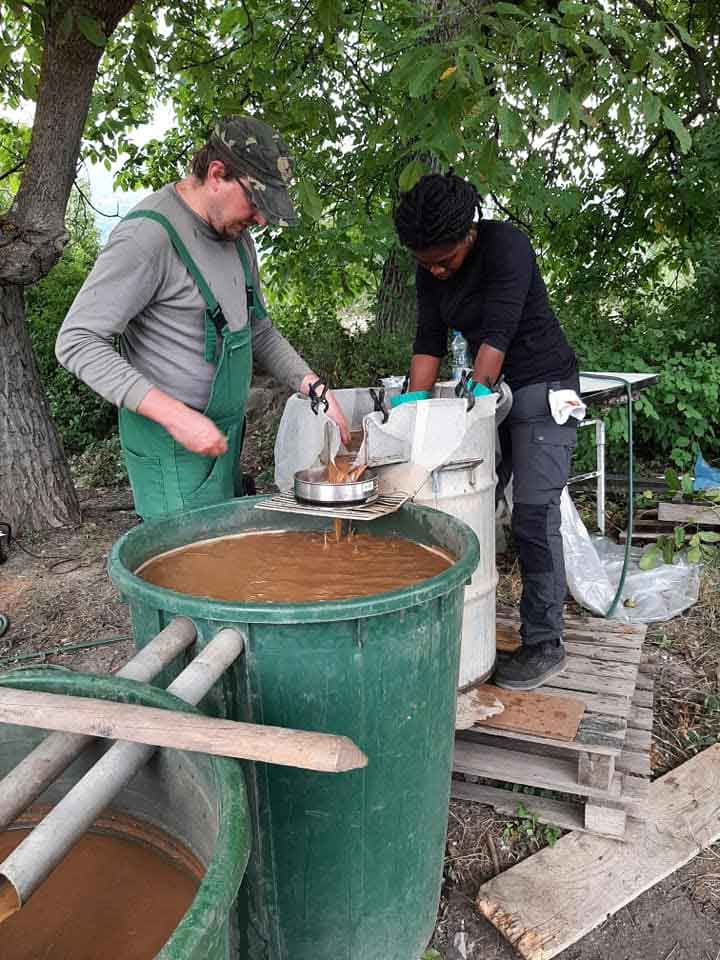 This is intended to provide an answer to the appearance of the elite in the Ohrid region, as shown by the finds from the Archaic period (6th century BC) in the tombs of Trebeništa and Gorna porta.

- In order to have an elite and such wealth, there must be more resources, I mentioned agriculture, livestock and metallurgy, but in addition to these resources, these people also controlled the main communication and trade routes. And the region in this period represents a kind of crossroads in this part of the Balkan Peninsula, which can be seen from the large number of necropolises from the Archaic period discovered in the plain north of Lake Ohrid, which were quite rich and became significant finds discovered. Today it is the Ohrid-Struga region, the shore of the then larger lake, whose existence we have confirmed geologically, Ardžanliev said.

A catastrophic event caused the retreat of Lake Ohrid

Using a geological probe near the Grašnica river, he added, they discovered a new stilt dwelling, which confirmed that there was a catastrophic event like an earthquake that ended the existence of this settlement around the 12th century BC. 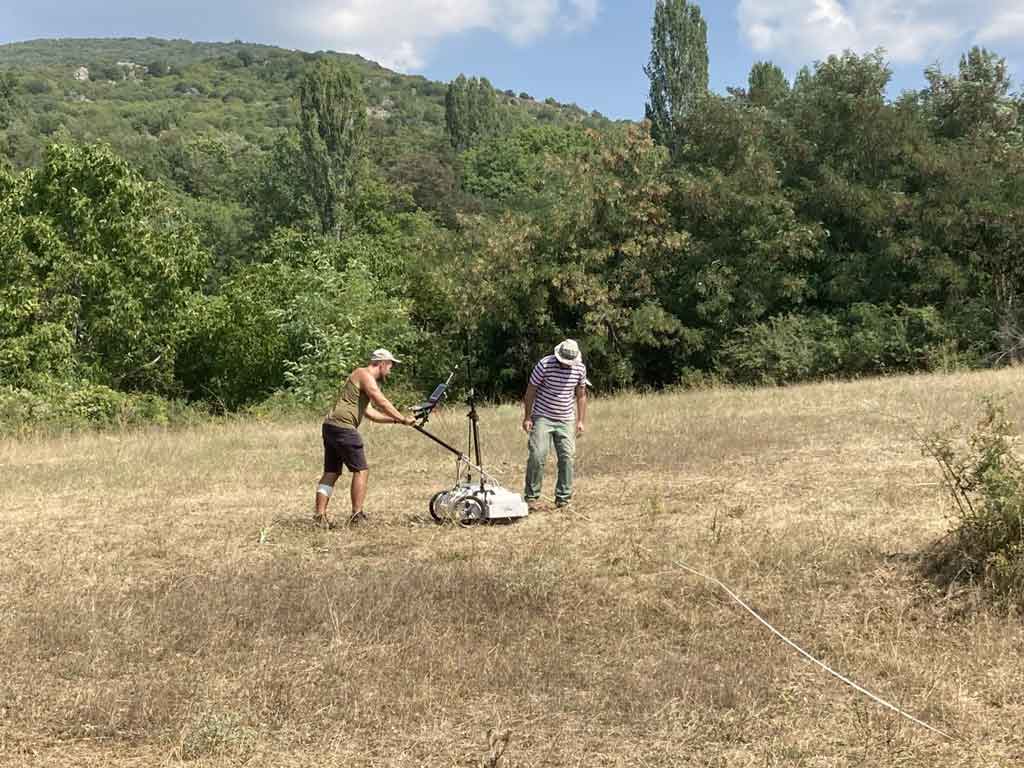 - Most likely, during this catastrophic event, there was a subsidence of the ground in the northern part of the Ohrid Plain, and then the lake flooded it, changing its shape. The project manager informs us that these are the first results that we will continue to evaluate and publish.

Beginnings of the project

According to his own account, he started the project "Border studies, identity research and cultural contacts in the border area of ancient Macedonia" from scratch. In the first two years they visited well-known places that were listed on an archaeological map and, in conversation with the locals, also discovered new ones. All of these sites have been georeferenced in space, allowing for a variety of analyzes of the relationship between most sites in the region.

– A chronological framework makes it much easier to see how the sites are placed in the landscape. We started to get an idea of how to proceed with the project and realized that the Ohrid plain depends on the dynamics of the lake and the rivers flowing into it. We have found that it is very difficult to discover the lowland sites as there are large river drifts with a height of 3 meters and also the erosion from the surrounding hills is very strong. 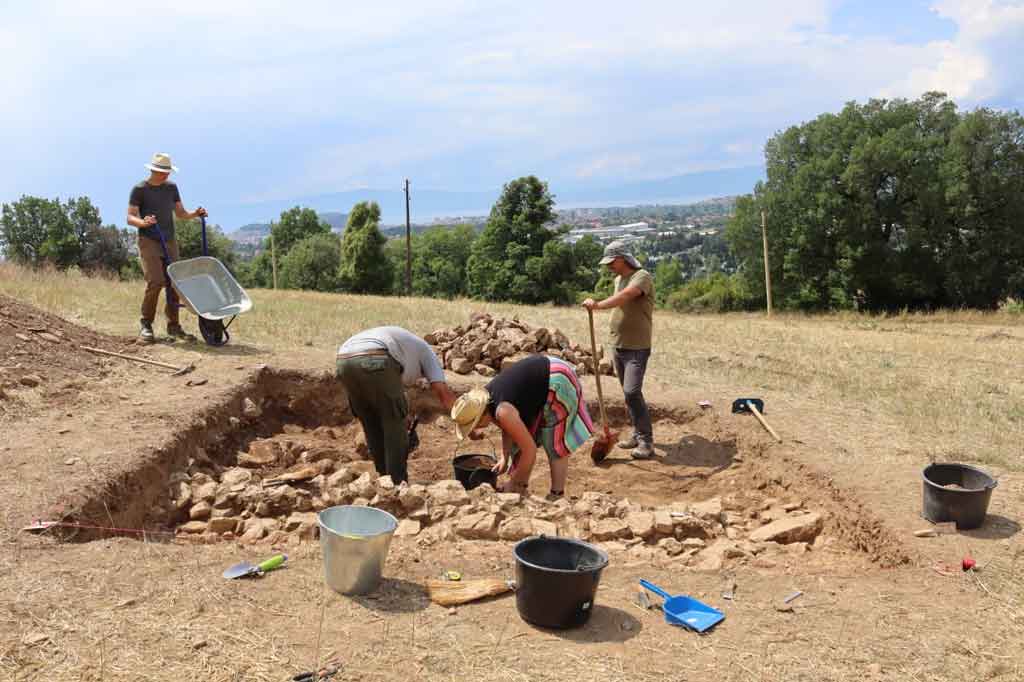 Then, in cooperation with the Geological Institute from Prague, they made a series of geological surveys, geological probes, profiles, examined the extracted sediments and then they got the picture that Lychnid was an island and that the rest of the settlements were organized and on the first row of hills built in the background of the flooded plain.

- Archaeobotanists from the University of South Bohemia from the Czech Republic were also part of all our research and all materials such as seeds, pollen and other remains are analyzed in their laboratory where we await results that will support our research. The artefacts found are deposited in the Archaeological Museum of Macedonia, where the analyses, their conservation and systematization continue, and if an object is useful, it is placed in the museum's showcases.

The project has raised new questions for archaeologists to answer. The idea is to continue research in the Prespa region as it is the least explored. 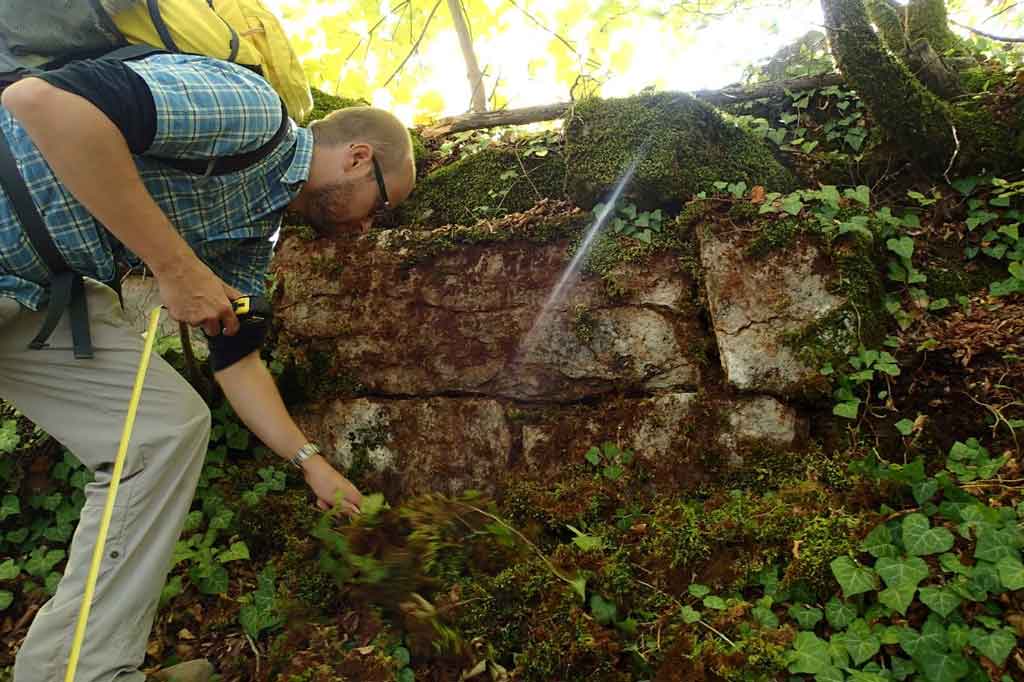 - I am investigating a necropolis in Prespa from the so called Hellenistic period, at the site "Gibavica" near the village of Izbišta. And we have first knowledge. But as for the Ohrid region, which as I said is closely related to the lake water level, we believe we should expect the same in Prespa because the two lakes are like connected vessels and we see that they correlate. We plan to continue the geological research and are trying to do soundings at some sites so we have two reference images of the two basins to see if they really correlate and if there was a historical connection, Ardžanliev explains.

The project, he pointed out, uses advanced technology available to archaeological science, which unfortunately has very little involvement in the country. 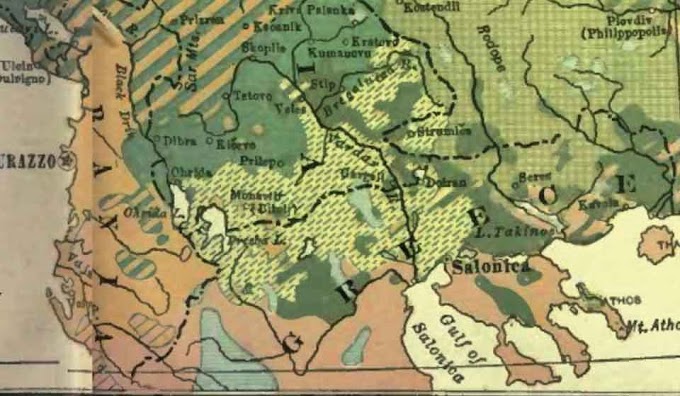 The Pope on Macedonia - Interview with Pius X 1904 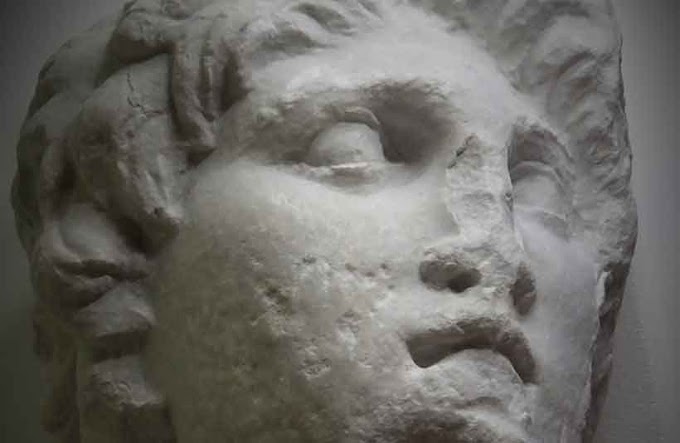 Makedonskiy Regiment - A Macedonian Hussar Regiment in the Russian Empire