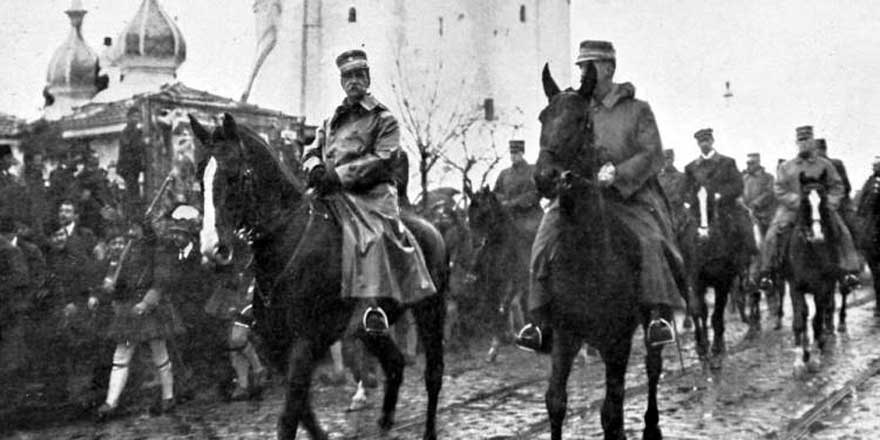 It can be seen from the letters by Greek soldiers sent from the front the horror that the Macedonian population in the towns and villages under Greek occupation faced. The bloody collection of about hundred letters should have been delivered to the addresses through the Greek Army’s military post office, but after it was captured by the Bulgarian Army in Razlog on 14 July 1913, the letters were made public. It is a fearsome collection of authentic testimonies that were taken to the State Archives in Sofia in 1913, as Ljubomir Miletic PhD claims. In those letters, the Greek soldiers bragged to their relatives and friends that they hadn’t left a single Slavophone alive wherever they went, that they had raped all the Slavic Macedonian women and that they had burned all the Slavophonic villages.

One hundred years ago

After the Ottoman army left Macedonia, Serbs, Bulgarians and Greeks wanted to keep the territories under their command. This division of Macedonian territories between Serbia and Bulgaria was done with the secret annex of the Friendship and Alliance Agreement, but the issue between Bulgaria and Greece remained open and the expectations of the Macedonian people completely failed. Not only Macedonia wasn’t liberated, but it was divided between the so-called brotherly nations. After the London peace agreement from 30th May 1913, Serbia ruled the western and central parts of Macedonia, Greece got the southern part, while Bulgaria got the eastern one. One month after the London agreement which ended the First Balkan War, the Second Balkan War started and lasted for about 50 days, with many victims, mostly Macedonian civilians that were exposed to cross fire between the armies of the Balkan enemies. According to the documents that have been preserved to this day, the most gruesome crimes during the war were done by Greek soldiers that performed a horrible, bloody genocide throughout Aegean Macedonia.

We are slaughtering under the king’s command! 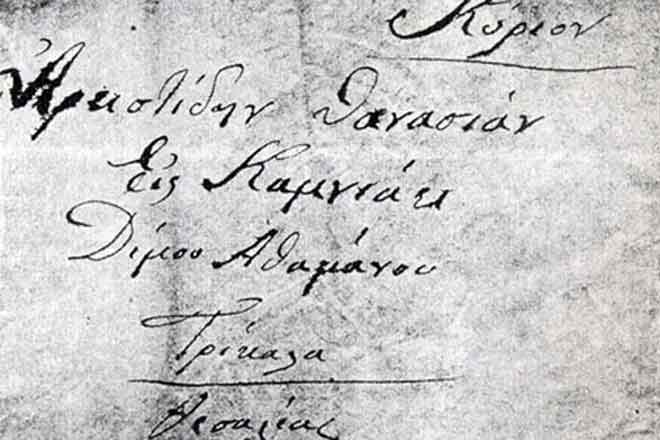 It can be seen from the letters by Greek soldiers sent from the front the horror that the Macedonian population in the towns and villages under Greek occupation faced. The bloody collection of about hundred letters should have been delivered to the addresses through the Greek Army’s military post office, but after it was captured by the Bulgarian Army in Razlog on 14th July 1913, the letters were made public. It is a fearsome collection of authentic testimonies that were taken to the State Archives in Sofia in 1913, as Ljubomir Miletic PhD claims. In those letters, the Greek soldiers bragged to their relatives and friends that they hadn’t left a single Slavophone alive wherever they went, that they had raped all the Slavic Macedonian women and that they had burned all the Slavophonic villages. Professor Miletic in his book about the terror performed by the Greek Army in Aegean Macedonia, published just few months after the Second Balkan War ended, which included 53 disturbing photographs of the horrors done to the Macedonians, the soldiers did those crimes, as they confessed in the letters, under the command of the Greek king. Here are some excerpts from the Greek war testimonies about the massacre that the soldiers performed in the southern part of Macedonia during the Second Balkan War:

Under the King’s command, we are burning all the slavophonic villages; we raped all the young girls that we captured – wrote one of the King’s soldiers. Another one wrote: We are happy to burn the slavophonic villages; if there are no men, we kill the women and children. A third soldier’s letter said that they burned the villages with no Greeks in them to the ground so that the nasty slavophone race didn’t rise again. One of the soldiers wrote that they found the villagers hidden in different places: Every day, we find many of them and we kill them. The letter number seven said: That is the order – to burn the villages and kill the young. In one of the letters, the crimes on the field are compared to a slaughterhouse: What we are doing to the slavophones is a slaughterhouse; there is no village or town of theirs that wasn’t burned.

Similar to that, one of the soldiers tells his friends in some village near Athens: We are killing all the Slavophones that we capture; no prisoners and no witnesses. Another soldier showed some compassion, writing that burning the villages and killing the innocent people was inhuman. According to the letters quoted in a French edition it can be concluded that the massacre was performed massively and in any given opportunity. One of the soldiers wrote in his letter that “out of the 1200 prisoners that we captured near Nigrita, no more than 41 were left in the prison”, while another one wrote in cold blood that “in the village of Brodi we captured five Slavophone men and a woman from Serres; we locked them in a cellar. We killed the girl without torture, but we tortured the men a lot, we took their eyes out while they were alive”.

Crucified on the trees in the forests

According to professor Miletic, who managed to collect a great number of photographs, documents and testimonies just few months after the massacres performed during the Second Balkan War in Aegean Macedonia, and to talk to some of the survivors that managed to escape to Bulgaria, the Greek Army performed a gruesome massacre, actually a genocide of the Macedonian civilians from Serres, across Kilkis, Dojran and Strumica, to Thessaloniki. Regardinig the soldiers, on the other hand, no words are necessary: not only were they killed, but most beastly tortured, crucified on the trees in the forests, tied with telegraphic wires, spilled with petrol and burned alive. At the same time, using the military state, special groups of Greek criminals performed massive murders in the regions that were not part of the military actions. 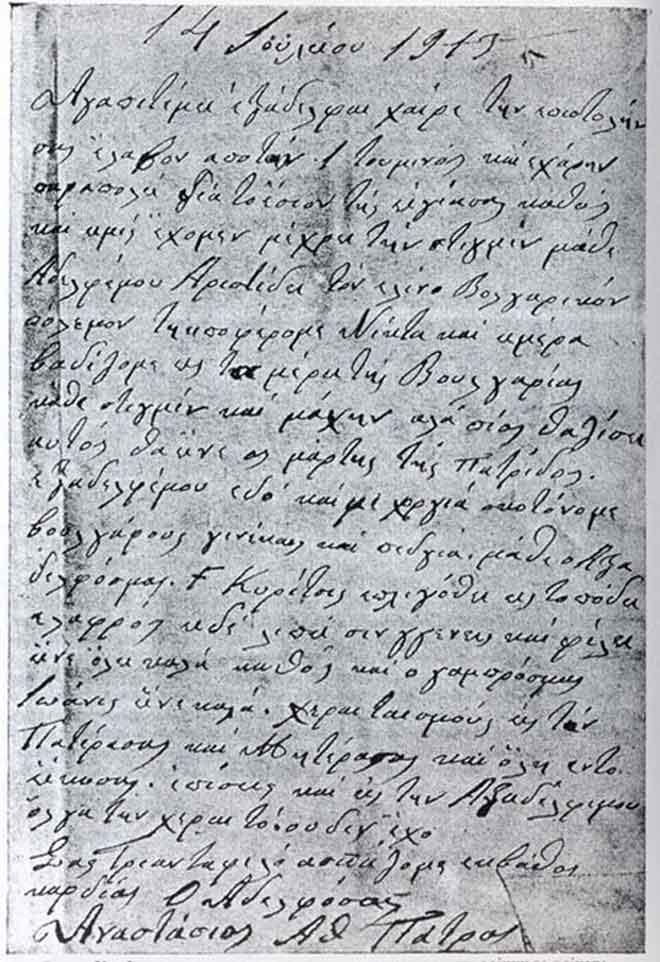 The testimonies confirmed in Prof. Ljubomir Miletic’s book confirms that the Greek Army arrived in Gevgelija on 20th June, stationed across the surrounding hills and started firing with artillery. Watching that the people are retreating across the Vardar Bridge, the artillery fire turned in that direction and in that massacre of civilians, a great number of people from Gevgelija died. When the survivors climbed the Stojakovo hill and turned to see what was happening behind them, they saw that the villages of Sehovo, Shlopenci, Machukovo, Smol and Bajalci were burning. In Gevgelija, the gruesome torture over those that didn’t manage to escape had already begun.

The Greek andartes and soldiers robbed and killed all over the streets and yards. Refugees Joakim Duchev and Gone Chavdarov from the village of Bogdanci witnessed that the andartes killed people regardless of age or sex. According to them, 80 families managed to escape from Bogdanci, but 370 remained in village, and they don’t know what happened to them. According to the testimony from Mito Iliev from the village of Akandjali, near Dojran, who settled in the town of Samokov along with a group of refugees in the autumn of 1913, the Greek Army entered the village on 23rd June at 5 p.m., immediately captured 60 people, took them to the nearby forest and killed them. That night, the village echoed from the screams of the girls and women that the Greek soldiers raped to death: “I saw with my own eyes that they raped the daughter in-law of Stojan Popovalijata, the daughters of Stojan and Peltek Ilievi, the twelve year-old daughter of Kosta Turbashiski. The girls and women were tied in groups of three, beaten and thrown under the horses’ legs. The next day they burned the villages of Akandjali, Durbali and Nikolich” – said Iliev.

Massacre in the Maleshevo region

According to the testimonies of several refugees from Pehchevo, during the entering of the Greek army in the town, the citizens came out to welcome them, but two days later, the murders, robberies and the rapes began. Magda Gicheva, aged 50, Genka Cekova, 80, Sultana Sekulova, 60 and all the other women in the town over the age of 10 were raped. In the village of Pancharevo, Damjan Rizov, 18, Ivan Stojklov, 55, Stojan Petkov, 35, Angel Markov, 25, Stojan Iliev, 25, and others were slayed. In the village of Razlovci, the daughters in-law of Georgi Zlatkov, Stojanka and Vasa, were raped and they also took wheat and hay from him. In the village of Umlena they killed Angel Batev and his son, and raped Marija Nakova, Rosa Gogeva, Ivana Gogeva, Galina Hristova and the 13-year old daughter of Koce Sultan.

In the village of Vladimirovo, the Greek army joined with the Turkish population. They separated the men from the women and then took away 14 girls, along with Paraska Cholova. Marija Georgieva Icheva from Strumica, who managed to escape the town on 29th August 1913, told about the Greek crimes in the town and the surrounding villages that were burnt to the ground by the andartes and their Turkish associates. After the retreat of the Greeks, only the Macedonians returned to the town and the villages. The rest of the citizens, Greeks, Turks and Jews, left Strumica. As Icheva said, “I hear that some Greeks are starting to return now. Before I left for Bulgaria on 29th August, none of the Turks had returned. There were Turkish people that robbed, burned and killed together with the Greeks. When the Greeks retreated, they forced all the Turks to leave Strumica. Many of them said that they hadn’t robbed or killed but had to leave because the Greeks threatened them”. 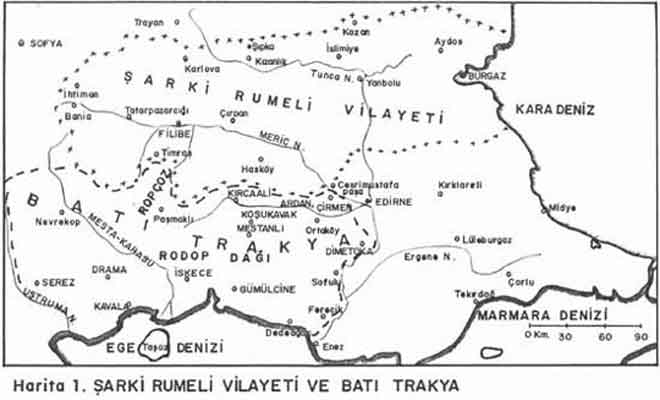 Judging by the testimonies collected by professor Miletich, it can be seen what kinds of tortures the Greeks performed, but at the end of the book he announced similar documents about the gruesome crimes of the Serbian and Montenegrin armies, confirmed by testimonies from the refugees from the Tikvesh, Veles, Shtip, Kochani, Kratovo, Palanka, Radovish, and other regions in Macedonia where the Serb-Montenegrin army acted. Of course, to complete the bloody image about the suffering of the Macedonian people during the Balkan wars, the torture performed by the Bulgarian army over the Macedonian population has to be added to the others; the Macedonian population which was divided with the Bucharest agreement between those who burned, destroyed and killed it on order to “liberate” it.
SOURCE: MIA
Tags
Aegean Greece Modern history Partition Struggle WW I