For the first time in North America, Macedonian archaeological artifacts will be exhibited at the international exhibition “The First Kings of Europe”, presenting artistic excellence in the field of social and religious forms characteristic of various stages of prehistory.

The national coordinator of the exhibition is Goce Naumov, who made a selection of several Neolithic, Neolithic and Iron Age objects found at the Vrbjanska Chuka, Shuplevec and Milci sites.

These objects, along with hundreds of other artifacts from 23 Balkan museums, show the gradual social development of prehistoric communities that gradually transformed from egalitarian tribal organizations in the Neolithic to the first European kingdoms in the Balkan Iron Age.

– The exhibition is initiated by the Field Museum in Chicago, which together with the Metropolitan Museum and the Smithsonian Institute is one of the three largest cultural heritage museums in the United States and shows several sensational exhibitions every year. Another such exhibition (The First Kings of Europe) was included in their program and focused on the significant role of the Balkans in the formation of the first agricultural, metallurgical and royal societies in Europe.

It is not for nothing that the exhibition refers to the Balkans as a place where new economic phenomena were born in prehistory and their own reflection in material culture, especially in rituals, is expressed. In this sense, Macedonia also has an important role as an important part of this area in which these economic and ritual phenomena emerge particularly early. Therefore, I was particularly honored to be invited by the Field Museum in Chicago in 2018 to be the national coordinator of this extraordinary and complex exhibition - says archaeologist and researcher Goce Naumov.

– Three Macedonian museums are included in the exhibition, joining 23 from other (Balkan) countries to form the incredible group of museums exhibiting in such a large number for the first time in North America. Several representatives of institutions have been involved in the preparation of the exhibition over the years, including director Meri Stojanova and curator Jasmina Gulevska from the Institute and Museum - Bitola, director and advisor Boban Husenovski from the Gevgelija Museum, directors Gorancho Cvetkoski and Blagoja Atanasoski and curator Aleksandar Mitkoski from the Institute and Museum – Prilep, and directors Arijan Arslanaj, Aco Kostov and Eleonora Petrova Mitevska together with Biljana Jovanova and Zlatko Nachevski from the Administration for Cultural Heritage Protection.

My task was to lay the scientific foundations of the Macedonian part of the exhibition, select the objects and coordinate the Macedonian and American institutions in the realization of this complex, but particularly significant exhibition on a world scale – explained Naumov.

The Field Museum of Chicago is organizing the exhibition “The First Kings of Europe” in the form of a tour, which will present archaeological objects from Macedonia and the Balkans in several museums in New York, Chicago and Gatineau-Ottawa from 2022 to 2024. This world's largest Balkan Prehistory exhibition is expected to attract around a million visitors and allow many to see some of the Balkans' most representative Neolithic, Bronze and Iron Age artifacts.

The exhibition tour begins on September 21, 2022 at the Institute of Ancient Studies in New York and then continues to the Field Museum in Chicago (2023) and the Canadian Museum of History in Gatineau-Ottawa (2024).

Accompanying the exhibition is an excellent collection edited by authors Attila Gyucha and William Parkinson and published by the prestigious publishing house of the Cotsen Archaeological Institute at the University of California, Los Angeles. 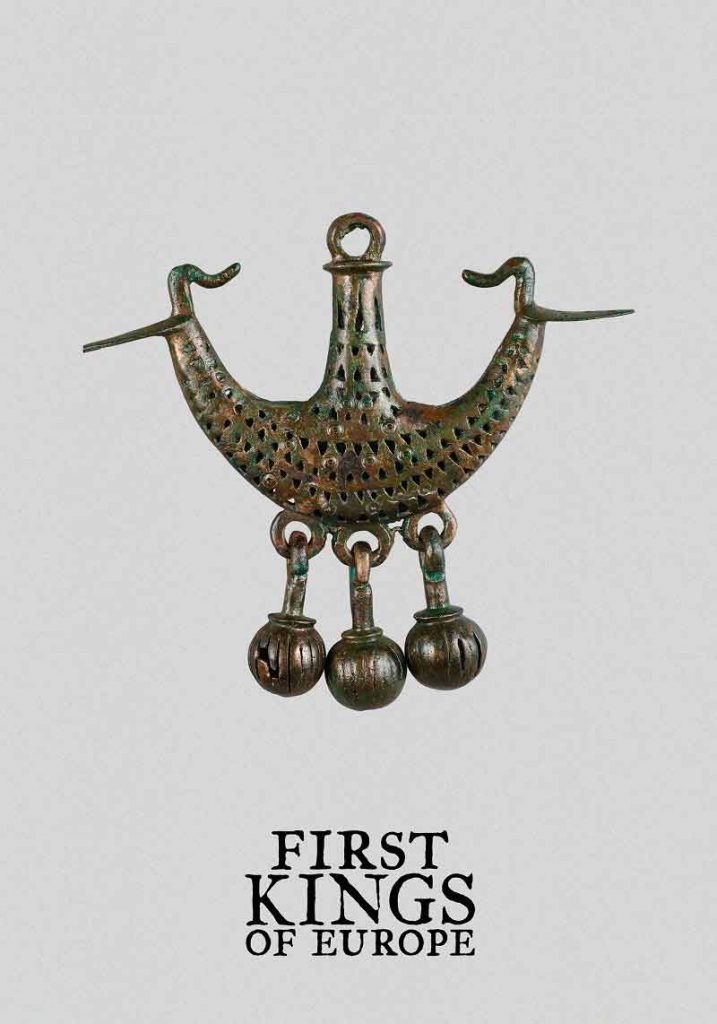 Follow the paths of ancient rulers, kings, and queens as they rose to power.

Drawing from the collections of more than two dozen museums and archaeological institutes in the Balkan Peninsula of Europe, First Kings of Europe explores how a small number of individuals established tremendous power and influence over others.

Starting their journey 8,000 years ago during the Neolithic Period and ending 2,500 years ago in the world of Iron Age kings, visitors will encounter archaeological finds that have never been shown in North America. Weapons, jewelry, and tools tell the story of how individuals gained power and influence by amassing wealth and controlling trade, technology, rituals, and warfare.